Describing STUWO in a few lines is a challenge; there is so much to say about this organization! In the text below we will share our success story and describe what makes us unique:

We are personable and honest, dependable and accommodating. We listen and show genuine interest for our guests’ big and small concerns. For us, challenges are opportunities and the joy of doing our job reflects positively on all those who live at our facilities. We are not guided by profit but by the well-being of our guests. This approach has made us proud and successful for over 25 years!

In short, you could say we are a non-profit organisation that operates and builds student dormitories at the most important Austrian educational centres, but maybe that is too blunt.

We are constantly evolving and thinking about the future. In the coming years we wish to be commended for offering quality living spaces at affordable prices to students and young professionals from all over the world. We also see ourselves as trend-setters in our field. After all, we are constantly implementing innovative concepts of student living. Our services facilitate encounters and networking, connecting people in the city and meeting their diverse needs. Sounds great? It is indeed!

We feel especially committed to our slogan “Great living. Great studying” because we know student life presents many challenges. Our modern student dormitories alleviate that stress as they offer students and young professionals more than just a roof over their heads: they are meeting and recreation areas available in urban everyday life. We give clear evidence that “great living” leads to “great studying”.

Did we mention that we are a non-profit organisation? Yes? Good, because we really want to emphasize that. After all, as a non-profit dormitory carrier, we have a special social responsibility: We offer quality at affordable prices! Hard to believe given rising housing costs, but it’s true. We are also very careful when considering the individual needs of our guests, the regional market, and future housing trends. With our innovative living concepts in prime locations and our wide-ranging list of services, we create our unique seal: Our special STUWO feeling.

Respect, honesty, reliability and safety are among our most important values. They express what is most important to us and we act accordingly, daily. 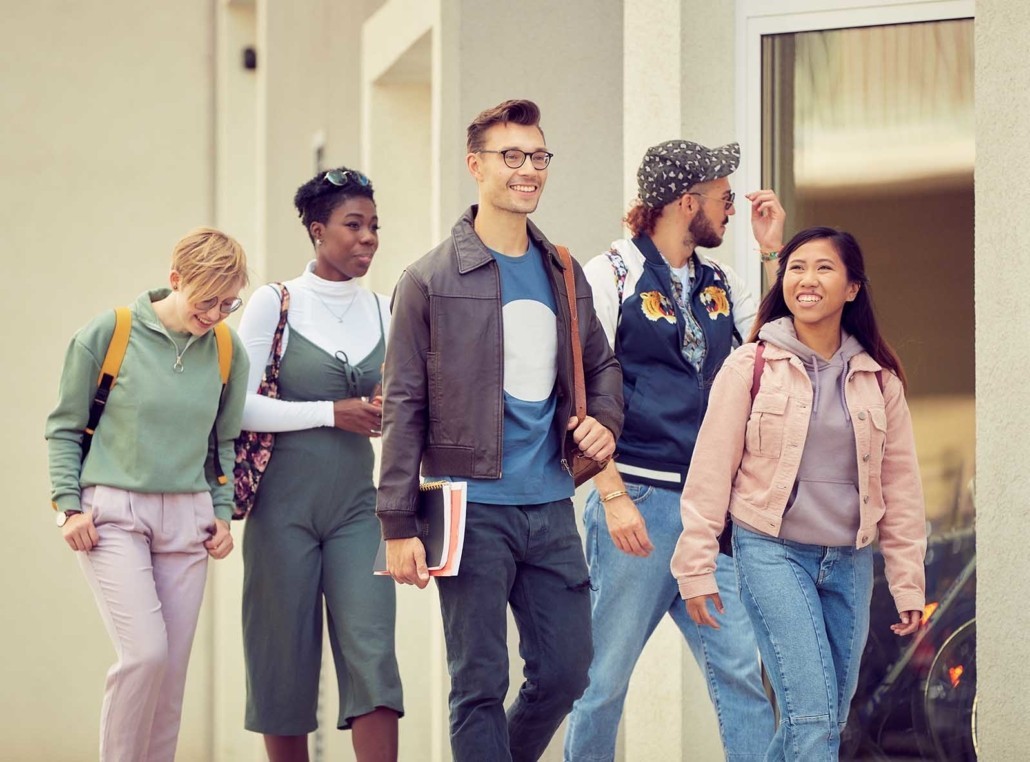 Our success story began in the early 1990s with the founding of the Gemeinnützige Studentenwohnbau AG (Public Company for Non-profit Student Housing), STUWO for short, and the opening of our first student dormitory. The Friedrich Funder Dormitory in the eighth district of Vienna was in high demand right from the start. Innovative concepts and a high level of living were a novelty at the time and soon became very popular. This new concept convinced everyone and quickly paved the way to consistent growth. During the past few years, we have opened a new dormitory almost every two years. In October 2020 we opened our first student residence in Linz. And another one in Vienna at Gänsbachergasse 10 by the Arsenal, near the main train station. With 21 dormitories in six federal states, we are Austria’s largest student dormitory with 4,000 places for students.

We are happy to help you!