Pride Month: What the LGBTQI + Community celebrates and why this month is so important


Out and proud! In June, many rainbow flags flatter outside of universities, public buildings and also on the trams in the federal capital Vienna. In this article we will explain to you what those have to do with the LGBTQI + community and why we are celebrating Pride Month in June!

Why are we celebrating Pride Month?


Because it is necessary.
Same-sex marriage is finally allowed in Austria (only since January 2019), but that does not mean that there is no discrimination or inequality happening.

We only have to think about how often the word “gay” is still used as a swear word. The fact that a lot of people have to flee from their home countries because of social or even political rejection regarding their sexuality, also makes it clear that a lot of things are still going wrong and a lot has yet to be done. Just a few years ago, homosexuality was considered a disease. It was not until May 17, 1990 that the WHO established that homosexuality is in fact not (!) a disease.

Even today not all countries believe in equal rights for queer people. Even when it comes to donating blood, homosexual people are still being discriminated against to this day. The LGBTQI+ community is a minority that has long been condemned by society. With Pride Month we want to draw attention to these injustices and move them to change because love is love! 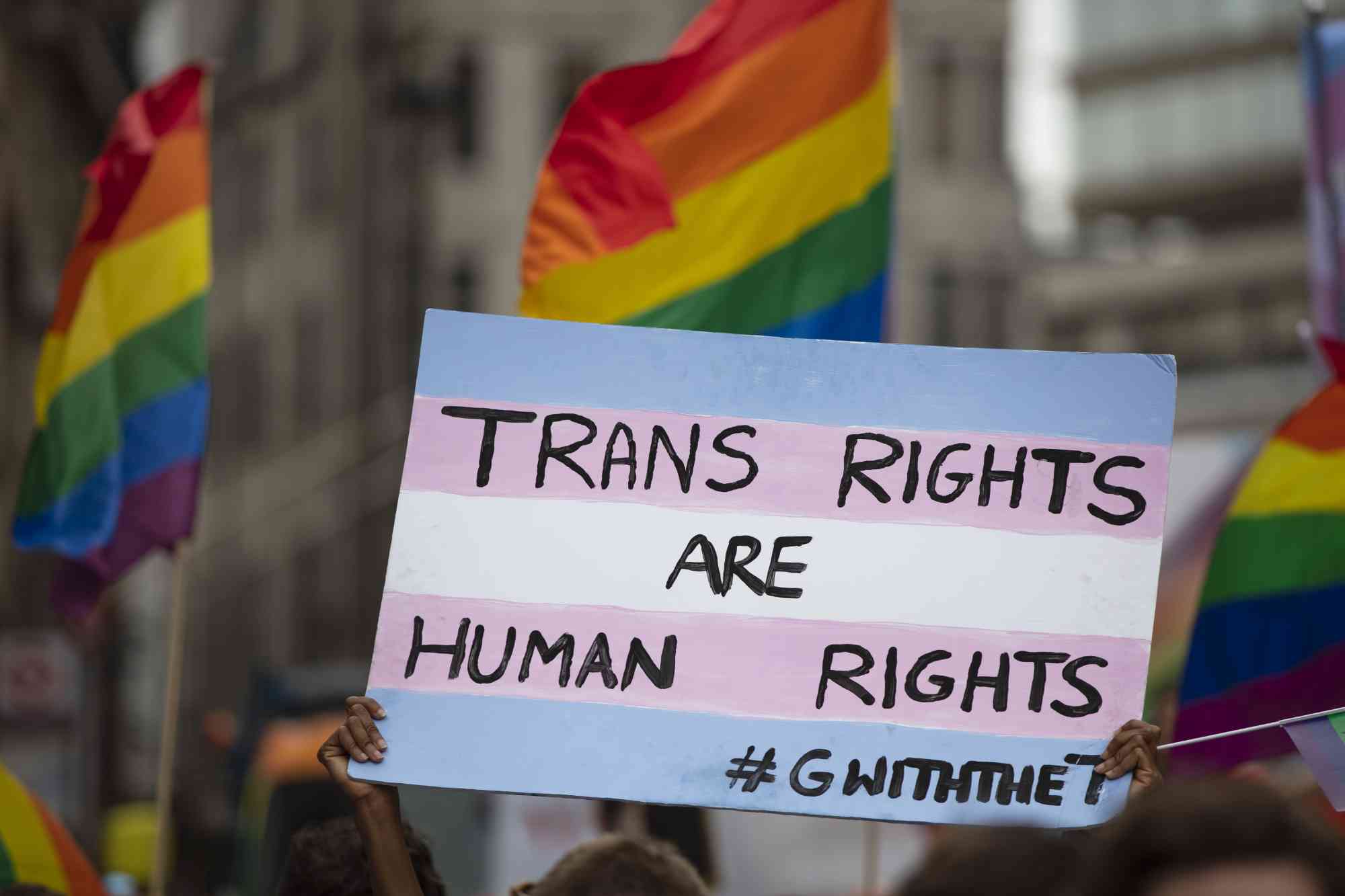 How did June become Pride Month?

In June 1969, during a fight for equal rights at the Stonewall Inn, an LGBTQI+ bar in New York, a police raid broke out in which police officers violated and mistreated gays and lesbians and especially black people.

This event was by no means the only one of its kind, but in June 1969 gays, lesbians and transgender people started to protest. The violent clashes had spread around like a wildfire, resulting in a LGBTQI+ movement, which from then on intensified and, in some cases, made itself visible in a provocative way. People met outside the Stonewall Inn and demonstrated for equality and love for all. The police repeatedly tried to break up these protests, but they were largely unsuccessful. From then on, “Stonewall” became a synonym for the fight against oppression and for the liberation of all LGBTQI+ people.
Incidentally, the Stonewall Inn was on Christopher Street, which is why the anniversary of the Protests is called Christopher Street Day “CSD” since the 1970s.

Even nowadays, during Pride Month, demonstrations for the rights of the LGBTQI+ community and against their marginalization are happening around the world. It is about visibility, diversity, equality and above all love for everyone!

Pride Month is also celebrated in Vienna. After all, even some of our favorite sightseeing spots have gay history! Belvedere Palace, for example, was the summer residence of Prince Eugene of Savoy, who enjoyed being surrounded by men aside from the battlefield fighting the Ottomans. Eduard van der Nüll and August Sicard von Sicadsburg were both gay architects who designed the Viennese opera house. The composer Franz Schubert was also part of the LGBTQI+ community and captured his love in his compositions.

You can also see that people and couples of different sexual orientations and identities are welcome in Vienna by the so-called “Ampelpärchen”, shining bright from the Viennese traffic lights. In June, many people show solidarity, including the Viennese public transport company which hoist rainbow flags on all trams.

What does LGBTQI+ stand for?

The acronym LGBTQI+ stands for different sexual orientations and sexual identities: Lesbian, Gay, Bisexual, Transgender, Queer and Intersex & the + stands for everyone who is also part of the community but doesn’t identify with one of the previously mentioned labels. Nobody is excluded. LGBTQI+ addresses all people who do not subscribe to heterosexual and gender-typical roles.

Many people who identify with one or more of these categories are also part of the LGBTQI+ community. This ensures that all people are treated equally regardless of their sexuality. The LGBTQI+ community fights for equal rights and tolerance for all. 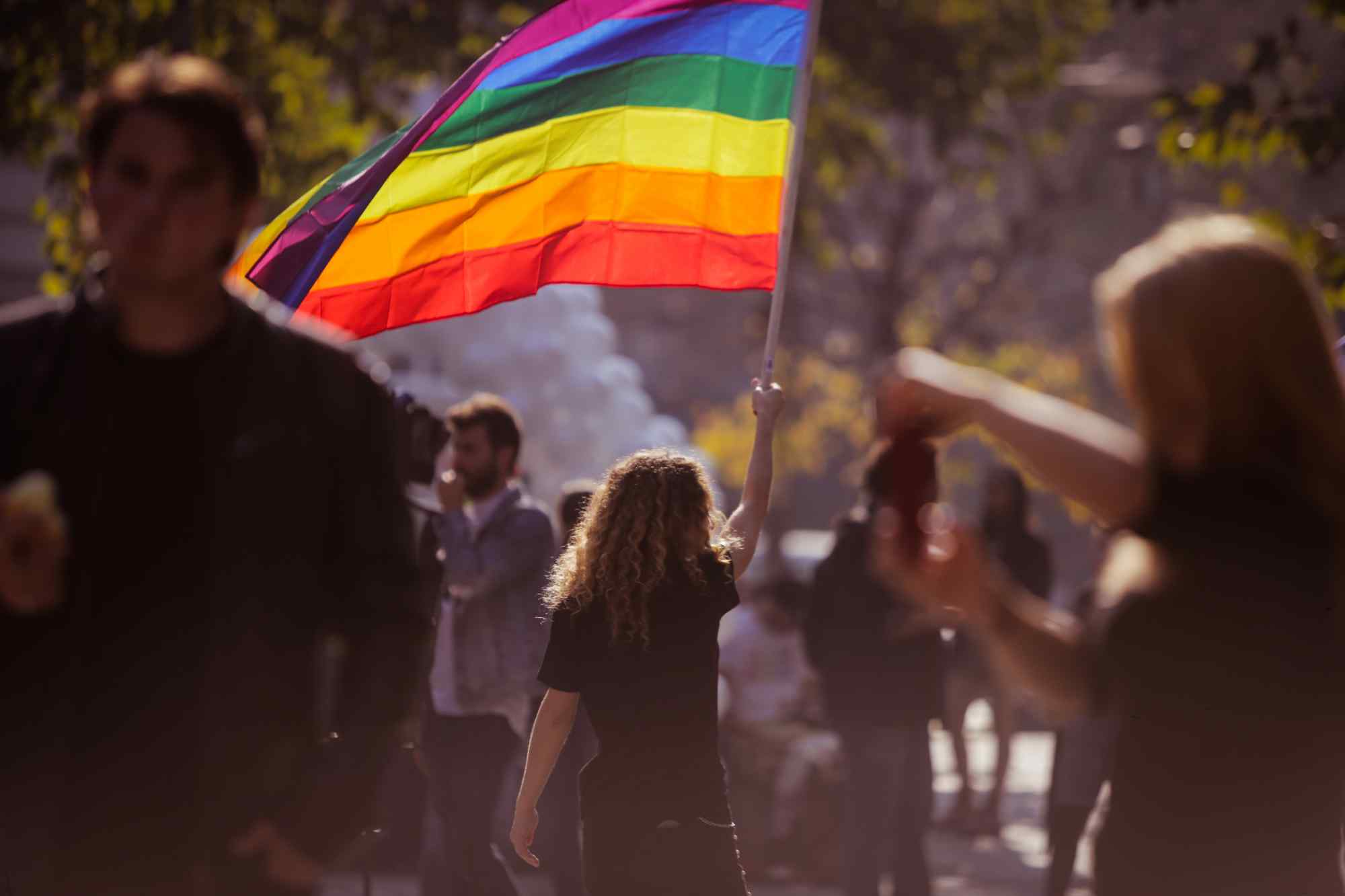 Rainbow flag and other symbols

The rainbow flag, also known as the Pride flag, also plays an important role in the LGBTQI+ community. It is used as a sign of attachment or solidarity with the LGBTQI+ scene. With this flag you show pride and/or support for all lesbians, gays, bisexuals, transgender and queer people.

By the way, the flag was designed by Gilbert Baker and each color has its own meaning. Red stands for life, orange for healing, green for nature, blue for harmony and purple for spirituality.

In addition, the colorful flag is a symbol of the LGBTQI+ community reflecting the wide range of different people and their diversity.

Have you ever seen other flags at Gay Pride? That’s possible! Today there are many different color variations of the flag, each with a different meaning. For example, there are also lesbian, asexual, transgender, bisexual, pansexual, polysexual and many other flags that flatter through the air in June.

The Vienna Pride 2022 takes places thoughout two weeks, from the 1st until the 12th of June. It’s main event is the 26th Pride Parade on the 11th of June. You are welcome to spread your message on posters, shirts, etc.!

The current COVID-measures for the City of Vienna apply to these events.

You want to know: “When and where is the Pride Parade 2022?”. It starts at 1pm and at 5pm there are final statements from activists and politicians in front of the city hall.

The Pride Run takes place on the 10th of June on the Prater Hauptallee (crossroad Vivariumstraße). You can sign up until the 5th of June to run, walk or roll in your wheelchair 5 or 10km.

After signing up, you can grab your cool goodie bag on the 9th or 10th of June. Having reached the finish line, you can relax with some snacks and drinks at the little after party outdoors.

Check out the current COVID-measures for the Pride Run 2022! 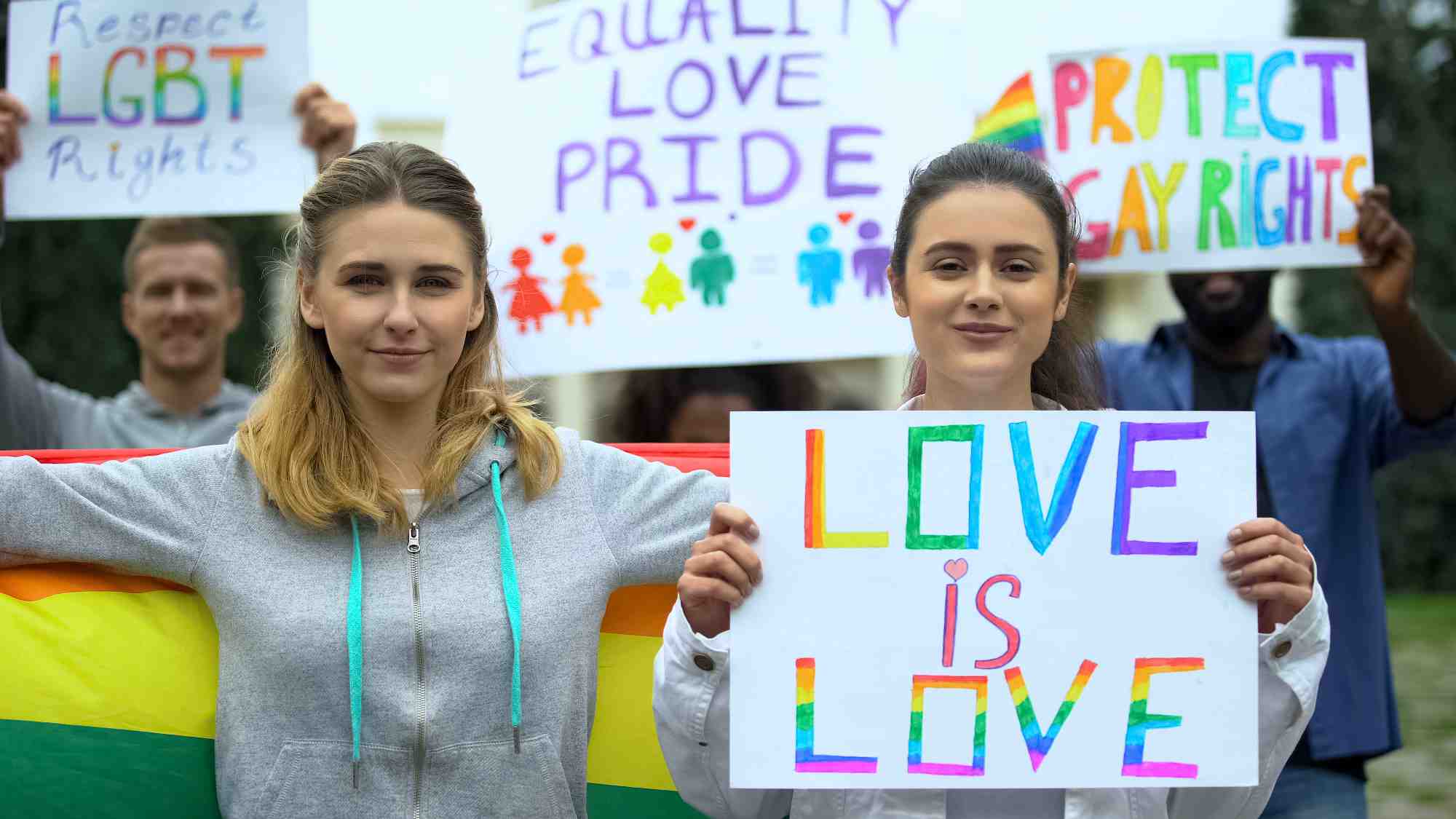 In addition to the two main events, the Pride Parade and Pride Run, there is a myriad of events in Vienna from the 1st until the 12th of June. You can choose from open discussions, workshops, museum tours, readings as well as Pool & Beach Days.

This year there are virtual as well as live events. Always keep the current COVID-measures in mind!

The website Vienna Pride offers a detailed event calendar and more information. Use these great offers to start interesting conversations, get to know new people and take a stand for love and acceptance!

There are several gay and lesbian bars in Vienna. The Felixxx and Matea Alta on Gumpendorfer Straße, for example. The doors of these clubs are open to everyone, so: Why Not. For more cool locations, check out this list of the best queer clubs and bars in Vienna!

There are also some clubs and bars in Graz that place great value on a queer-friendly atmosphere. The Cafe Silber, the Postgaragen Cafe and the Vintage are places that you should definitely pay a visit to!

Do you live in Innsbruck and are looking for cool places and safe spaces to party? Have a look at the Bacchus or the Dom Cafe. Good music, cool people and lots of space to celebrate are guaranteed.

Is it hard for you to celebrate Pride Month because you have not told anyone about your sexual orientation (yet)? Do not worry. Coming out might be a huge deal to you and that is totally fine. Only you can decide how you want to go about it and with whom you want to share it.

If you have any questions, need help or just want to learn more about queer topics, we have put together some LGBTQI + counseling centers for you.

We at STUWO want to offer everyone, regardless of their sexual identity and orientation, a nice and safe home. If you have any questions, concerns or special requests, you can contact us at any time!

We are happy to help!

How to learn with flashcards: Tips for students
Scroll to top